There’s a Way to Stop Mass Shootings, and You Won’t Like It.

That’s right. You’re not going to like it because it’s going to require you to do something personally, as opposed to shouting for the government, or anyone to “do something!”

You ready? Here it is:

“Notice those around you who seem isolated, and engage them.”

If every one of us did this we’d have a culture that was deeply committed to ensuring no one was left lonely. And make no mistake, as I’ve written before loneliness is what causes these shooters to lash out. People with solid connections to other people don’t indiscriminately fire guns at strangers.

I know what you’re thinking. That’s never going to work because no one is going to make the effort to connect with the strange kid sitting by himself at lunch each day. No one is going to reach out to the gawky, awkward guy at work and ask him about his weekend.

Because I can tell you the things that aren’t going to work in this country when it comes to stopping these heinous acts. But they seem to be all anyone says, when inevitably, another person comes forward to inflict their tortured pain on innocent people.View Post

If you can’t tell by this point in the list, there is NOTHING the government or any other organization can do to prevent these events.

You can’t effectively keep drugs out of the hands of those intent on doing drugs. You can’t keep beer out of the hands of high schoolers intent on getting beer. You have a HUGE supply of weapons everywhere and concrete federal law protecting those weapons. You’d have as much luck passing regulation against tornadoes. It would be equally as effective.

So there it is. The god’s honest truth. No entity can do anything meaningful (more than is presently being done) to thwart a disaffected person hell-bent on committing such an act.

You can talk to your co-worker for a few minutes. You can talk to the kid in your Physics class that appears to be all alone. You can teach your children to do the same, to make sure no one is left to feel totally isolated. Because that’s the breeding ground. That’s where the seeds are planted. 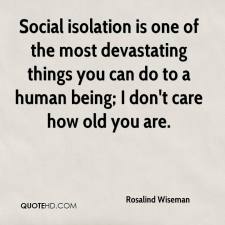 Community is easy to take for granted. Most of us have strong family connections and healthy friendships. Most feel as though they’re part of a group, be it community, religious, or work related. But it’s increasingly easy for people on the edges to withdraw and it’s easy for us to forget them.

Holding a sign isn’t going to do anything. And writing your congressman will do even less. But you can do something today, this week, this month. The people you engage may not become life-long friends, and they don’t need to be, but it could be enough to keep someone away from the darkness and isolation needed to eventually think lashing out is an effective strategy for dealing with their pain.

If you’re conflicted at all about the subject, I can’t encourage you enough to read this post by Sam Harris on the subject immediately following Newtown, CT, that I’ve written about before.

* Edit: Fully auto weapons are legal, but only under the strictest of conditions and at a price that makes them hardly affordable for the vast majority. For all intents and purposes, let’s just call them banned. The AR-15 is not a fully auto weapon, but is often confused for one based on appearance.

Author Sam Harris has done what I didn’t think possible – he’s articulated a dispassionate and rational summation of the “gun situation” in the U.S.

What to do about 300 million of these and a strong 2nd amendment?

Mr. Harris is neither cheer leader or adversary of guns and explores the questions surrounding such a complicated issue with clear eyes and full weight given to all arguments.

Do yourself a favor and read this article entitled “Riddle of the Gun” regardless of how much you think you know about the issue. I can promise you, there is a wealth of information you’ve never heard before, or at least not in this way.

As a disclaimer, I’m not a member of the NRA and I don’t own a gun personally. Additionally, I’m a parent of two small children that mean the world to me and I can’t begin to imagine the anguish of the parents of Newtown, CT and would love more than anything to insure such a thing never happens again.

I don’t think that “this isn’t the time for debate” as every moment is time for debate when it comes to things of great importance in our lives. Especially today, the debate will be raging and I don’t think you’re going to find a better, more even-handed take than the Mr. Harris’ post on the subject.

Please read it and feel free to let me know your thoughts on the subject and I’d love to let you know mine. We all want the same things in the end: for our children to be safe, for less blood to be shed, and for a strong feeling of security. What we disagree with at the moment, is how to get there.

In the meantime, here’s a video of Harris speaking at a TED talk about moral relativism. This guy is brilliant.