One of my absolute favorite things of late is listening to awesome podcasts like Radiolab and This American Life. I love stories, and these guys consistently tell some of the coolest ones around.

On this recent Radiolab podcast I heard the story about the Japanese secret weapon, the Fu-Go. I’m a big WWII buff and I’d never heard the story and was captivated by the sheer creativity involved.

Flummoxed by the Doolittle Raid on their homeland, the Japanese created and floated some estimated 9,000 paper balloons equipped with fire bombs towards the U.S., taking advantage of the eastwardly flowing jet stream.  The vast majority didn’t make the voyage and most of the remaining came down in sparsely inhabited areas and didn’t explode. 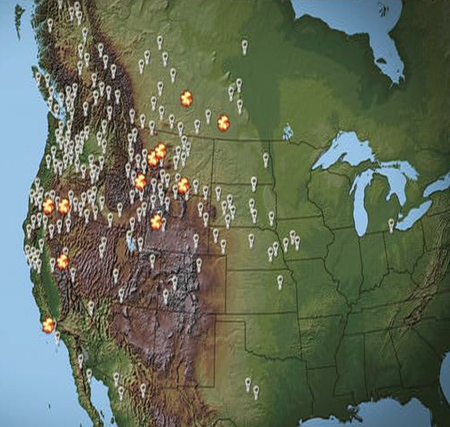 A map of Fu-Go landings and known explosions.

These things landed all over the Pacific Northwest and a few even made it to British Columbia and even to outside Detroit. Thankfully, they had virtually no real impact for the volume that were sent and only lead to a few deaths – which are really tragic to hear about.

The military kept the whole thing secret to avoid panic and the media at the time willfully complied as patriotic supporters of the war effort. 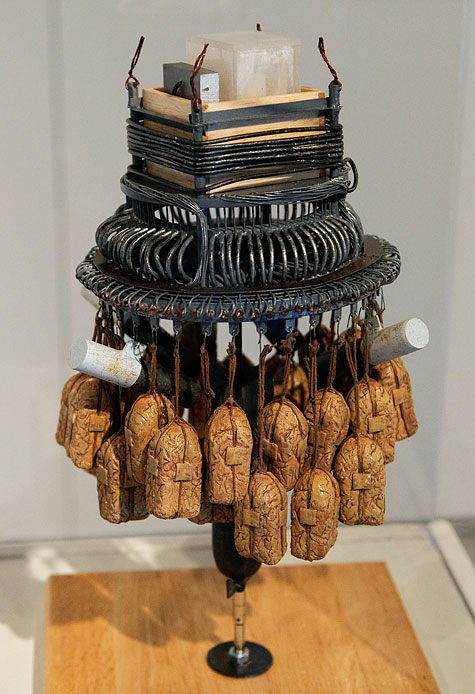 Model of the complex mechanisms used to allow the Fu-Go to travel over 5,000 miles – 10x what a typical balloon of that size could travel.

As the balloon needed to travel at 30,000 feet to take advantage of the fast moving jet stream, the biggest obstacle was the gas condensing during the nighttime. In order to keep it aloft, an altimeter would ignite a fuse, dislodging a sandbag hung from the bottom of the balloon which would shoot it back into the jet stream. The Fu-Go contained 30 of these sandbags to help it bob up and down all the way from Japan to the mainland of the United States.

The creativity involved to solve an insurmountable problem with the minimum of expense or effort would be just awe-inspiring, were the pursuit not so heinous in nature.

If you’ve got an iphone, go to the podcast icon on your phone and search for Radiolab – it’s completely free and new episodes come out weekly. Plus, there’s an absolute trove of back episodes you can download and listen to anywhere.